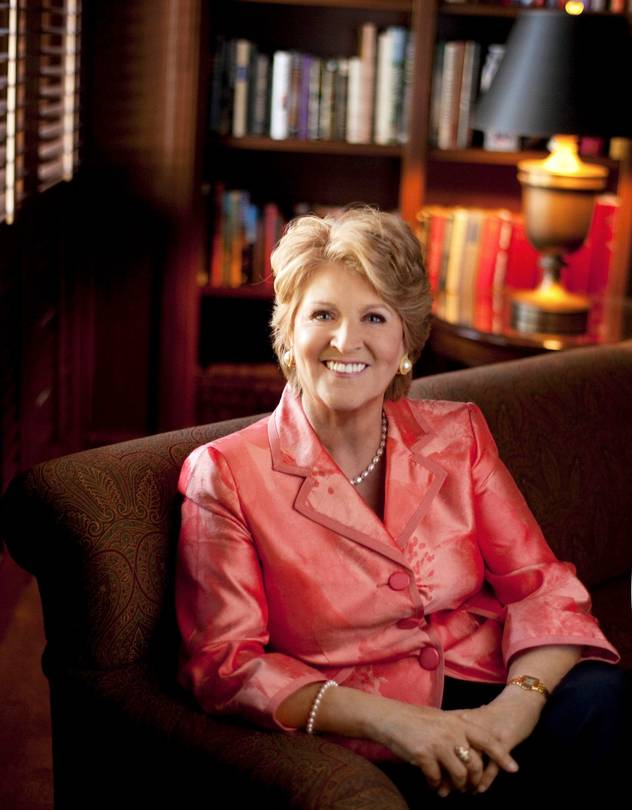 Fannie Flagg, 72, is an actress, comedian and author who has appeared in nine films, including “Five Easy Pieces” and “Grease.” Her nine novels include “Fried Green Tomatoes at the Whistle Stop Cafe” and, most recently, “The Whole Town’s Talking” (Random House). She spoke with Marc Myers.

I grew up in the balcony of movie theaters in Birmingham, Ala. My father was a projectionist, as was my grandfather. I loved film and quickly became theatrical. The movies exposed me to the outside world.

In the fifth grade I wrote a play called “The Whoopee Girls,” a comedy about two friends living above New York’s Copacabana nightclub. But when my teacher read it, she called my mother: “We’re kind of concerned about your daughter. The play she wrote has the word ‘martini’ 21 times.”

Birmingham was more sophisticated than most people realized. There were lots of stage and movie theaters, and the city had a symphony and a ballet company.

My family lived in a one-bedroom apartment on the second floor of a three-story redbrick apartment building along a main thoroughfare. My parents had the bedroom so I slept on the living-room couch next to the window. At night, I could hear people walking by as they returned home from dates. It was romantic.

But I felt transient. I think it was a combination of being an only child and not having a bedroom or a house. As such, I liked looking at houses and longed to be inside one of them.

My creative side was processed through actress Ginger Rogers. She was brassy, cute, funny and a wisecracker. I admired everything about her. In all of my books, I mention Ginger someplace as a good-luck piece.

My father, Bill, was hilarious and had ambitions. He dreamed of becoming an actor and writer. He wrote little plays and was artistic.

My mother, Marion, was very pretty and ladylike. She didn’t have the theatrical drive that my father and I shared. She was quiet and wanted to stay home. I was more like my father.

I had dyslexia when I was young and couldn’t spell. In school, I was embarrassed about it. To compensate, I acted silly. I guess it was a way to let people know what was going on inside me.

I left Birmingham by entering the Miss Alabama Pageant. Down South, you went into pageants at 16 and kept going. I did these crazy comedy sketches and won cash prizes. After high school, I won a scholarship to the Pittsburgh Playhouse. But because of my Southern accent, the teachers felt I would never get work, so I eventually headed home.

My timing was good. The summer I returned to Birmingham, the woman who appeared on TV’s “Morning Show” was leaving. My mother pushed me to audition. I got the job, and after a few weeks, a woman came up to me in a department store and asked for my autograph. Wow, I thought, TV is better than the theater.

Eventually I quit my job and went to New York and sold comic material to a theatrical revue at Upstairs at the Downstairs on West 56th Street. An actress was hired to perform my material, but days into rehearsals, she dropped out. The director called me to be in the show.

On opening night, Alan Funt of TV’s “Candid Camera” was in the audience. He hired me as a writer. I had been in New York just two weeks.

The first idea I pitched featured a truck driver stuck in traffic. The gag would be the expression on other drivers’ faces as they came to help and saw a woman behind the wheel. I was the truck driver.

To show you how much times have changed, another episode featured me as an airplane pilot. We filmed it at New York’s LaGuardia Airport. I was introduced to passengers as the pilot. Many wouldn’t board the plane, including the flight attendants.

From there, I became a regular on TV game shows, including “The Match Game.” My Southern accent led to movie and TV roles, and I never stopped writing.

Today, I live in Santa Barbara, Calif. I moved here in the mid-1970s. My first house was near the beach, but too much fog lingered in the mornings, so I moved up the hill.

My home now is a two-bedroom Midcentury Modern that looks as if it belongs in Palm Springs. It’s along a golf course, though I don’t play golf. I just love to sit by my pool and watch the golfers go by and listen to them say awful things when they miss the ball.