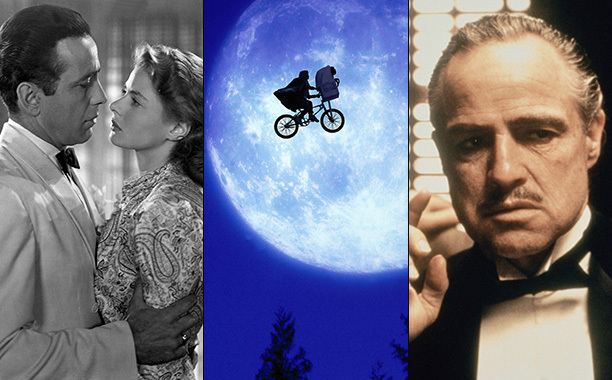 Casablanca, E.T. The Extra-Terrestrial, and The Godfather are among the beloved movies returning to cinemas for the 2017 season of the TCM Big Screen Classics series.

Presented by Fathom Events and Turner Classic Movies, the series will bring 14 iconic films to theaters nationwide, with one or more screenings per month beginning in January. Each title will feature a specially produced commentary from TCM hosts Ben Mankiewicz and Tiffany Vasquez, and will screen four times only. Screenings will take place at 2 p.m. and 7 p.m. local time on select Sundays and Wednesdays.

The 2017 lineup also includes The Graduate, All About Eve, The Princess Bride, and North by Northwest.

Tickets can be purchased on the Fathom website. Here’s the full slate: